The Changing Face of Internet Marketing

Someone once told me that the only guarantee in life is that everything will change. Working in the realm of internet marketing, I reflect on those words often.

Internet marketing is, by nature, a kinetic and ever-evolving practice. Strategies that generated fantastic results two years ago are utterly ineffective today, strategies that work today could be outmoded tomorrow, and the industry as a whole is always looking over the horizon for that ‘next big thing.’

While it’s almost impossible to predict what that ‘next big thing’ will be, the end of 2014 has seen some significant changes to the internet marketing rule-book that indicate the direction that field will follow. What is the new face of internet marketing? What developments will influence it? Let’s take a look!

The importance of social media marketing has been recognized for some time now; and the social media platforms themselves know it. In an effort to attract business users, the major social media platforms have been expanding their promotional offerings to boost advertising efforts. Twitter in particular has made several updates and improvements to its services promotional offerings. ‘Twitter Offers’ allow retailers to make sales and extend special pricing offers directly through Twitter. The purchase is made or the offer accepted without the end user ever leaving the app. Additionally, Twitter is now offering users the ability to ‘boost’ tweets for a monetary fee, just as Facebook allows users to boost posts, which increases their impact and reach.

Google has recently announced the release of a new update to their Ad Word advertising platform. While this update, which represents the eleventh version of the platform, is largely incremental, offering modest fixes and improvements to improve ease of customizing and utilizing campaigns, the implications of the platform’s continued and robust support speaks to the influence and value of its service. Advertising through a major search engine like Google provides businesses with an opportunity to reach highly targeted audiences, and it is likely that as more businesses jump on the bandwagon, search engines like Google will continue to expand and refine their marketing platforms.

2015 is widely predicted to be the year that mobile web access will outpace P.C. web access. While savvy web designers have been incorporating mobile responsive designs into the websites for some time now, the importance of mobile friendly design is becoming increasingly apartment. Google themselves have taken steps to recognize those sites built with mobile responsiveness, affixing ‘mobile friendly’ tags to websites that view and function properly on mobile devices. The writing is on the wall; those companies that have yet to upgrade their website to allow for mobile access would be wise to do so, and fast!

Search engine optimization is a major aspect of online promotional efforts. There are a wide variety of tactics that web designers can employ to help boost a website’s search engine ranking. Some of these tactics are harmless and even better the quality of the SEO’d site; others actively damage the integrity and equal footing afforded by the internet. These less scrupulous measures are coined as ‘black hat’ and many search engines are starting to crack down on them in a big way. Google’s most recent Penguin update was specifically aimed at penalizing those sites that employ sneaky and underhanded SEO techniques while rewarding those sites that play by the rules. This means that web designers are going to have to get smarter about the SEO tactics they utilize. 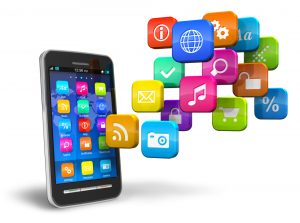 Back to the Future

So what will the new face of internet marketing look like? In a word; robust. With digital platforms expanding their paid advertising offerings, the push will be for greater quality in design and greater focus in targeting. With the continued rise of mobile web usage, mobile optimization is becoming less of a luxury and more of a necessity. And with search engines refining the ranking algorithms to favor content over coercion, web designers will have to work even harder in the fight to the top of search results.

The Changing Face of Internet Marketing2014-12-152016-09-21https://creativeclickmedia.com/wp-content/uploads/2019/02/blue-01-1.pngCreative Click Mediahttps://creativeclickmedia.com/wp-content/uploads/2014/12/CHANGING-FACES.jpg200px200px
About
Adam Binder
Keyword-cruncher, customer-collector and web designer extraordinaire. Adam is the Founder of Creative Click Media. If he's not in front of the computer marketing your business, he's playing with his son, Miles. Tweet him at @AdamBinder_ 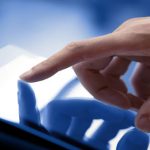 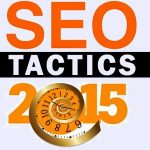