In the early 2010s, the internet was a much different place than it is now. Around this time, Google searchers were overwhelmed with the power and influence that content farms had over search results. Since Google is known for being the most accurate and thus most popular search engine, it recognized the problem and released Google Panda as a solution. What did this mean when it was first unrolled, and what does it mean now for SEO through 2020 and beyond?

The Purpose of Google Panda

Google Panda was officially implemented in February of 2011. It was one of the first algorithm updates to penalize websites that violated the guidelines set forth by Google itself. Panda specifically took aim at low-quality websites and content farms. To do this, Google Panda examined: design, page speed, website reputation and site structure.

To be more specific, Google Panda was created to identify and punish:

Low-Quality Content – Google determines whether or not content is high or low quality based on how useful it will be to a searcher. Low-quality content will be little to no help in answering the questions of those who search for specific topics.

Content Farms – Content farms are known to have a large quantity of pages on their site but the quality of the content lacks in-depth, trustworthiness, and authority.

Content Not Matching User Searches – Content that promises it will deliver information on one topic but fails to do so.

Content Lacking Substance – Content lacks substance when it contains very little about the topic it’s supposed to be describing. This kind of content will leave the searcher wanting more information about what he or she is searching.

Lack of Authority – Lack of authority is a huge problem in the search engine world. Since it is Google’s job to provide the most relevant information from trustworthy sources for the benefit of searchers, ranking authoritative sites higher than their lower quality counterparts is a priority. 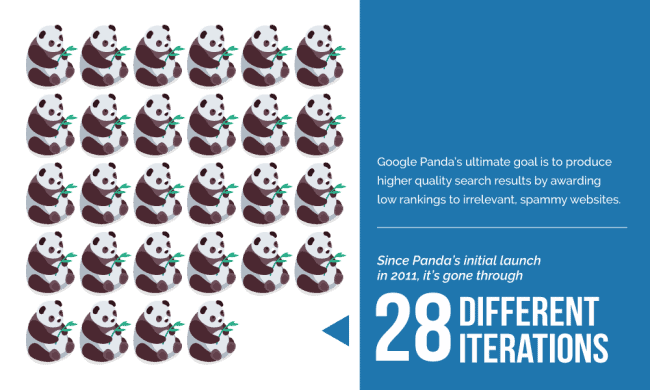 For the purposes of this article, we will be focusing on major Google Panda updates throughout the years rather than minor updates and simple refreshes. A refresh essentially means that Google took another look at the sites on the web, tested them against Panda again and adjusted rankings accordingly.

These refreshes were necessary to identify any low-quality websites that Panda had missed previously and lift restrictions on sites actively trying to recover from the implementation of Panda.

Google rolled out Panda on February 24th, 2011 to target content farms and websites lacking authority. According to Google, Panda initially affected an astounding 12% of search results in English.

Panda 2.0 was an update that expanded Panda’s reach to all search queries worldwide made in English. Google estimated that 2% of websites were affected by this update.

Panda 2.3 was created to distinguish differences between high and low quality content. It was not announced by Google but later confirmed.

Version 2.4 was a big step for Panda, as it extended Panda’s reach from just English search queries to those in most languages with the exception of Japanese, Korean, and Chinese. Google estimated that, as a result of this update, 6-9% of search queries were affected.

Panda Flux was another set of minor updates within the span of a month. However, webmasters speculated that these updates had a significant impact on search results.

This update was implemented to target websites employing shady tactics to build links.

This was a rather large update to the Panda algorithm, affecting 2.4% and 0.5% of English and non-English searches respectively.

Panda #25 is rumored to be the last manual update to Google Panda but this was never actually confirmed by Google itself.

Panda 4.0 was a huge update, targeting thin and aggregated content. This particularly hurt websites like ebay.com and ask.com. Overall, 7.5% of English search queries were affected.

In this update, Panda was given the ability to recognize lower quality content better than before. This impacted between 3-5% of search queries and led to a boost in rankings for small and medium-sized websites with high-quality content.

The introduction of Google Panda turned the world of SEO upside down. Not only did Panda change SEO optimization tactics moving forward, it completely changed the way people built and structured websites. 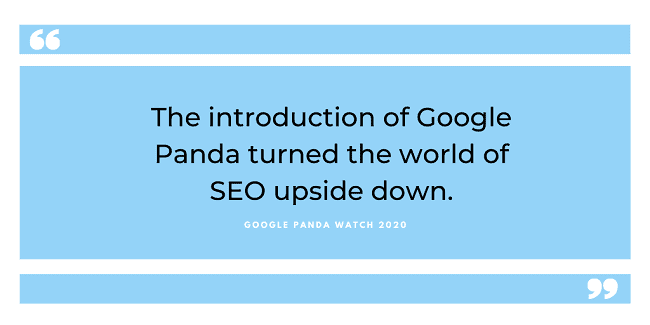 Google Panda actually made SEO easier and more viable. Now the focus of SEO is completely on building great, fully optimized websites to earn higher rankings. Webmasters that have implemented proper SEO strategies no longer have to compete with low-quality sites ranking higher as a result of loopholes. These days, trying to beat Google at its own game can have disastrous consequences.

Since the launch of Google Panda in 2011, SEO has almost become a necessity for a business in the digital age. 2020 brought us a global pandemic that caused major – and likely lasting – changes in how business is conducted. As a result, capitalizing on the value of online consumers is more important than ever before. Curious to find out how your website is ranking for important keywords? Creative Click Media is currently offering a free, single page SEO audit that can help provide a general overview of how Google is ranking your website.

However, there are limits on this free audit. If you are serious about getting more business online, consider Creative Click Media for all your SEO needs. We provide full SEO audits complete with comprehensive SEO strategies and content marketing designed specifically for your business. Call today for your free consultation.

Panda Watch 2020: Google Panda’s Impact on Search Engine Optimization2020-07-302020-07-30https://creativeclickmedia.com/wp-content/uploads/2019/02/blue-01-1.pngCreative Click Mediahttps://creativeclickmedia.com/wp-content/uploads/2020/07/untitled-design-70.png200px200px
About
Adam Binder
Keyword-cruncher, customer-collector and web designer extraordinaire. Adam is the Founder of Creative Click Media. If he's not in front of the computer marketing your business, he's playing with his son, Miles. Tweet him at @AdamBinder_ 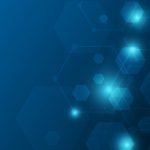 Google My Business Optimization: How to Stand Out In The CrowdBusiness Advice, Google Updates, Search Engine Optimization 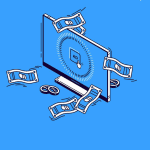