Twitter just announced on Tuesday, May 24th some exciting new changes will be taking place. Yes, they involve the character limit which has had a whirlwind of rumors and controversy surrounding it, but there’s more to it than just that. The purpose of these changes is to allow for richer public conversations that are easier to follow. Here is what you need to know about the update and how you can take advantage of it.

Media attachments are things like gifs, quote retweets, or polls.

There have been occasions where I wanted to post a link to an article but upload my own photo. When I went to post my tweet I was unable to post both the photo and the article, I could only include one unless I rewrote my tweet.

Now you can include that cute photo or that funny gif without changing your awesome response!  This update is especially useful if you are posting a link to an article that either does not have a photo or does not have the photo you want. You can now upload your own photo to get the most engagement.

The second change affects how you reply. When you reply to a tweet, Twitter will no longer count the @names in the character count.

This update will give you plenty of additional characters with which to reply. This is especially useful when you are replying to multiple people or organizations.

There have been times where I wanted to reply to a tweet, but the @names I was responding to took up most of my allotted characters.  Once I was done tagging everyone I wanted to respond to, this only left me with 40 characters for my response (which is less than the amount of characters I used to write this sentence!)  Not very handy when you want to reply!

As a bonus, now you can reply to a tweet and include a media attachment without cutting into your 140 character limit. Time to bring on even more epic replies!

This update is helpful for businesses and consumers alike who want to carry on a conversation on Twitter without having to switch to direct messaging. Plus, it can be used to reply to a group of friends who are all tagged in a tweet.

Another update that will be fun to use is the ability to retweet or quote retweet yourself.

Do you have a well-performing tweet that you want to use again, but you’re bummed you will lose all the social proof that comes with the tweet?

Twitter will now allow users to retweet their own posts. As a bonus, they will also let us quote our retweets! Maybe you tweeted a question and you wanted to answer it yourself, or maybe you want to post an update to another tweet you sent out earlier.  Now, instead of linking to the old tweet or using the limited amount of characters to give background to the update, you can just quote retweet your original tweet!

The final update that Twitter is coming out with is getting rid of the “.@” scenario.

How many times have you wanted to tweet to someone and you forgot to add the period at the beginning so all of your followers could see it?

With this update Twitter will now allow all of your followers to see the tweet. It also gives you an extra character, but that’s a bonus!

One nice thing about this feature is you do not have to teach new tweeps what the difference is between starting a tweet with “@name” or “.@name.” It also saves new users the aggravation that you experienced when you first learned there was a difference.

There is one potential downside to this particular update. It appears that you will see all replies that those you follow are in, since now all replies start with @name. You do not see these currently. Hmmm… it leaves you wondering if Twitter will differentiate between replies and normal @name tweets in the future.

Twitter was a bit vague about exactly when these exciting new updates will be released, but they have said they plan to roll them out over the coming months. So while we don’t know the exact release date, we will happily quote retweet our post to let you know when it is here!

Everyone is going to be talking about this  update. What are your thoughts? Do you have a favorite update? Will it make a big difference in the the way you tweet? We look forward to hearing from you and hope you’ll share your thoughts with us and along with the article when you share it! Be sure to tweet us @creativeclicknj.

New Twitter Updates Are Coming: How They Will Change The Way You Tweet2016-05-272016-12-30https://creativeclickmedia.com/wp-content/uploads/2019/02/blue-01-1.pngCreative Click Mediahttps://creativeclickmedia.com/wp-content/uploads/2016/05/twitteripad.jpg200px200px
About
Jason Rajcok
Jason is Creative Click Media's Social Media Specialist. With his outgoing personality, Jason loves being with and conversing with other people. He also enjoys volunteering with youth and young adults, playing the piano and drums, and reading about business, leadership, and politics. 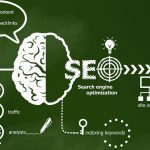 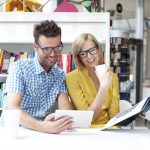