From Failure to Fame: How 7 Famous Figures Turned Their Losses into Success Stories

Dr. Abdul Kalam once said, “don’t read success stories, you will only get a message.  Read failure stories, you will get some ideas to get success.”  Throughout our professional careers, we learn that much of life is a case of “you win some, you lose some.”  That being said, a loss isn’t the end of your career.  If you have ever fallen into the “lose some” category, don’t worry — you’re in good company.  Here are 7 wildly successful entrepreneurs who have recovered from failure to create some of the biggest success stories in history.

“All the adversity I’ve had in my life, all my troubles and obstacles, have strengthened me.  You may not realize it when it happens, but a kick in the teeth may be the best thing in the world for you.” 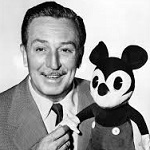 At one of his first jobs working as an animator for the Kansas City Star, Walt Disney was let go for lacking imagination and not having good ideas.  Walt took this critique and built it into the $35 billion-per-year Disney Empire, arguably one of the most inventive and groundbreaking innovative enterprises in U.S. history.

“I strongly believe that we are not put on this Earth just to accumulate victories and trophies and avoid failures, but rather to be whittled and sandpapered down until what’s left is who we truly are.” 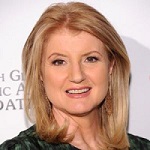 Despite being one of the most influential women in media, Arianna Huffington’s second book was rejected a whopping 36 times before being published.  After similar struggles publishing the Huffington Post, it was met with negative reviews and critiques that it contained flimsy content.  Currently, Arianna Huffington is running the HuffPost empire (which was acquired by AOL in 2011 for $315 million) and was voted #12 in Forbes’ Most Influential Women in Media list.

Over the course of a year, Thomas Edison amassed 1,000 failed prototypes of his most influential invention, the lightbulb.  Despite this setback, Edison held a reported 1,093 patents in his lifetime, making him one of the most prolific – and wealthiest – inventors in history.  In fact, his estimated $12 million net worth in 1931 would be equivalent to $170 million today.

Steve Jobs Was Fired from the Company He Made an Empire

“Don’t be afraid of failure.  The greatest artists like Dylan, Picasso, and Newton risked failure, and if we want to be great, we’ve got to risk it too.”

In 1985, Steve Jobs was fired from Apple by then-CEO John Sculley for believing in Macintosh computers “too much.”  Jobs is quoted as saying his decade away from Apple “freed me to enter one of the most creative periods of my life.”  The time away clearly must have been beneficial; Apple under Jobs’ influence went on to become one of the greatest success stories the tech world has ever seen, ranking it as the “most successful company in history.”

Colonel Sanders Wasn’t a Successful Restaurateur Until He Was 65

“One has to remember that every failure can be a stepping stone to something better.” 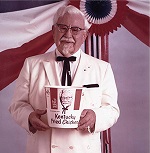 In fact, Colonel Harland Sanders’ famous KFC recipe was turned down 1,000 times before it was eventually franchised at a friend’s restaurant in Utah.  After spending the majority of his life a poor farmer, Sanders sold KFC for $15 million at the age of 75.  Today, it is a $23 billion business with nearly 20,000 locations worldwide.

“I failed in some subjects in exam, but my friend passed in all.  Now he is an engineer in Microsoft and I am the owner of Microsoft.” 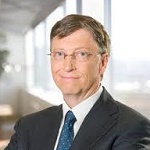 Even the richest philanthropist in America dealt with a huge setback before finding success.  When Gates and future Microsoft co-founder Paul Allen first created their first business Traf-O-Data, they aimed to make a product that would process data and optimize web traffic.  The only problem is, they couldn’t get the machine to work!  That being said, Gates’ failure at Traf-O-Data laid down the groundwork for creating the largest worldwide personal computer software 5 years later when Microsoft was born.

Oprah Was Deemed “Unfit for TV”

“Do the one thing you think you cannot do.  Fail at it.  Try again.  Do better the second time.  The only people who never tumble are those who never mount the high wire.” 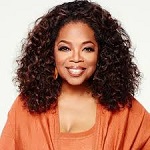 At her first job at Baltimore’s WJZ-TV weekday news, Oprah Winfrey was fired for getting too emotionally invested in her news stories.  She later relocated to Chicago, where the Oprah Winfrey Show would dominate the daytime talk show circuit for 25 years.  Today, the “queen of all media” is the head of the multi-million dollar Oprah Winfrey Network, CEO of Harpo Productions, and has been ranked by Time Magazine as one of the most influential women in the world.

Ready to Start Your Own Success Story?

Creative Click Media is experienced in web design, SEO, and internet marketing.  Contact us to see how we can help take your business to the next level.

From Failure to Fame: How 7 Famous Figures Turned Their Losses into Success Stories2016-04-182021-09-09/wp-content/uploads/2021/01/blue-01-103.pngCreative Click Media/wp-content/uploads/2021/01/blue-01-103.png200px200px
About
Olivia Garrison
Olivia is the Director of Communications at Creative Click Media and a lifelong lover of words, syntax and grammar.