Holiday Marketing Etiquette – Respecting Your Traditions and Others

In today’s diverse society, being politically correct during the holiday season has gotten a bit tricky. Whether it is in the workplace or in your holiday marketing campaign, you want everyone to feel included. Cultural holidays are important to everyone, so how do you remain true to own your holiday culture without offending others?

According to a 2013 Pew Survey, 92% of Americans celebrate Christmas, which works out to nine out of ten people.  Because of this, it isn’t a surprise that most of the celebrations, decorations and marketing during the holiday season are geared toward Christmas.

That doesn’t mean that other cultural holidays should not be equally recognized when it comes to public displays. It just means that historically, Christmas has been in the forefront almost by default just due to the sheer amount of Americans that celebrate it.

There are those who feel the traditional Christian symbols of Christmas should not be publicly displayed, especially not on government property. Others feel they are the only symbols the should be publicly displayed. According to the Pew Survey, only 28% of Americans feel that other cultural holiday of the season should be equally represented along with Christian symbols of Christmas.

The survey also pointed out that 81% of those who celebrate Christmas aren’t even Christian. Some of this may be a result of inter-faith marriages and cultural family diversity. Another factor is recent generations moving away from their faith yet holding on to the holiday as a family tradition.

Whether it is because of religious beliefs or family tradition, it’s a fact that Christmas is widely celebrated and often overshadows the other cultural holidays of the season.  This fact provides a bit of a Catch 22 when it comes to holiday marketing, especially for businesses with a diverse range of clientele.

Here is where it becomes complicated, especially for businesses when it comes to holiday marketing. Whether it’s in advertisement, online or in person, how does a business greet and market to their customers during the holiday without offending anyone?

When wishing friends well, we are aware of their background, faith and beliefs. There is usually little doubt which type of greeting is appropriate. When meeting those you are not personally associated with there is uncertainty. This is what businesses face all the time.

In marketing to the masses, the all encompassing Happy Holidays has become the popular choice but it has been met with controversy as well. Those who have celebrated Christmas for generations feel the holiday has been pushed aside.

Another Pew Survey showed that when Americans were asked if they preferred Merry Christmas, Happy Holidays or if it mattered to them at all, 46% said it didn’t matter. When asked the same question without the option of it mattering to them, only 15% volunteered that it didn’t matter. 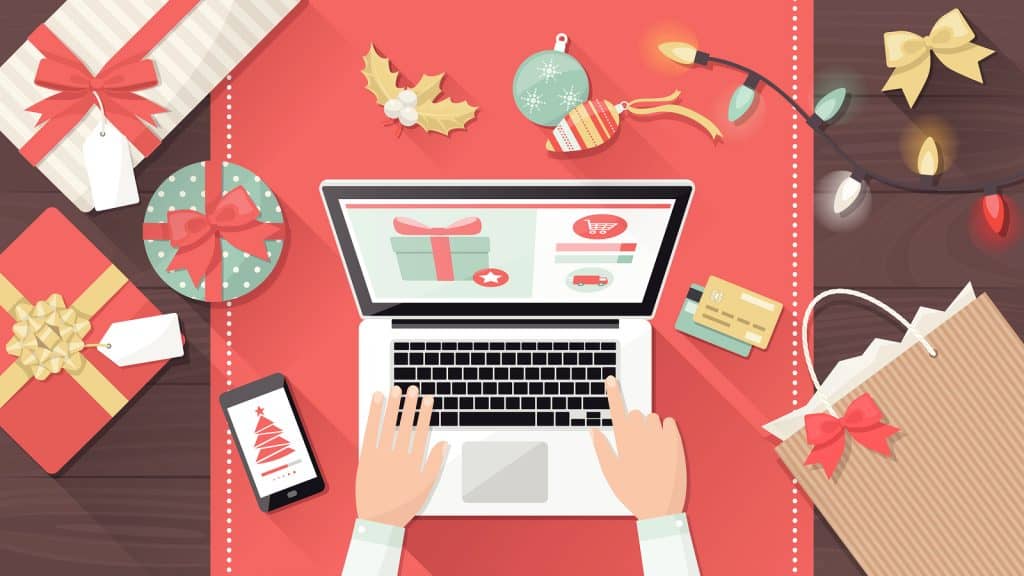 What about the business owner’s beliefs or traditions? Is it possible for them to remain true to themselves without offending those they do business with? When it comes to holiday marketing, the choice may different depending on the size of your business.

In large corporations, Happy Holidays is the safe choice as they cater to a large customer base, often international and diverse in backgrounds. It becomes impossible to focus on one holiday or acknowledge them all individually. Also, corporations are not typically owned by any one person so the belief of a single business owner is not a consideration.

It can be a little more difficult for the small business owner. For example, a business owner who celebrates Christmas  may find that a large portion of their customer base celebrates Kwanzaa or Hanukkah.

Including symbols or greetings that are representative of the holidays celebrated by their customers when decorating can make them feel welcomed and respected by your business. Mentioning other cultural holidays in advertising can also draw customers to a business because it makes them feel included and valued. While these may be sound business decisions, in doing this, does the business owner diminish his own beliefs and traditions?

Some would say no, as the owner’s holiday is equally represented and they will still celebrate it with family and friends. Others would say yes and that recognizing other cultural holidays is simply a ploy to get more business. Of course, while that would naturally be part of the motivation, if the sentiment behind the decision is sincere, it can be a wise marketing choice. The truth is that it is a question only the business owner can answer.

So What’s All the Fuss About?

In reality, the all inclusive greeting isn’t new. Baby Boomers will probably remember seeing cards and advertisements wishing Happy Holidays and Season’s Greetings in the 1950’s and 60’s. While back then it was more about including the whole holiday season through to the New Year, it didn’t seem to create any controversy.

The iconic 1980 Sears Christmas Catalog cover bears the title of Holiday Catalog yet at some point they switched back. In 2005, Walmart went holiday neutral, but switched back in 2006 in the hope of bring back customers. 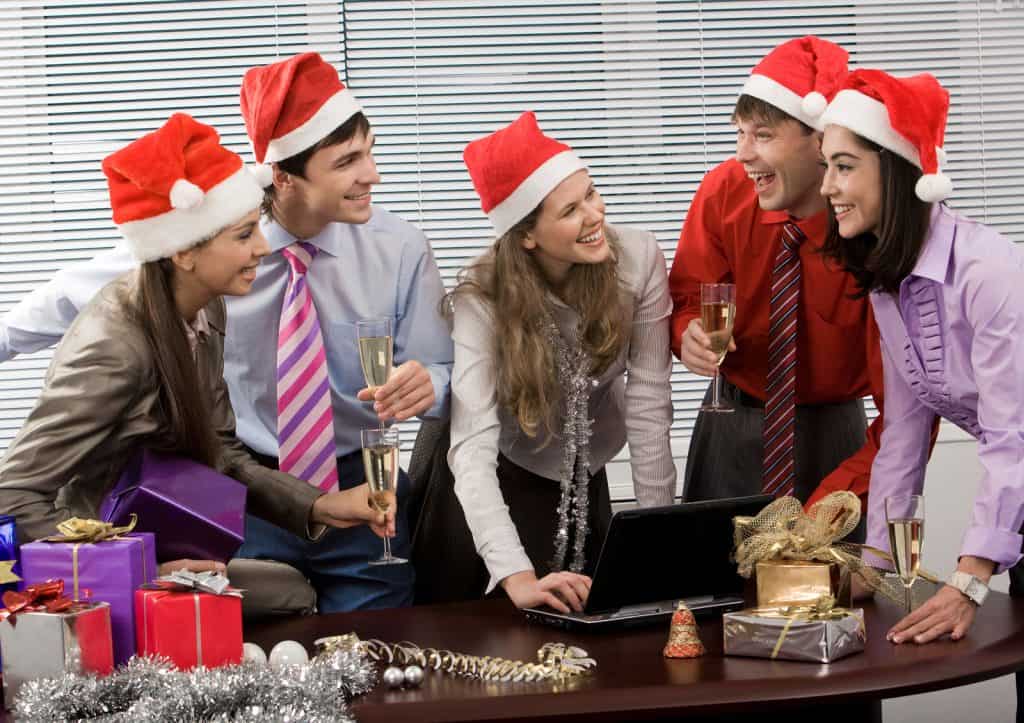 With political correctness a primary factor in many holiday marketing campaigns, no matter what you do, someone is likely to be unhappy or offended. Even in the workplace, the office Christmas party has become a hot topic for debate. So what do you do?

When I worked for a global company’s headquarters, we organized posters from each country in our company. Folks shared the holidays celebrated and traditions. It was very well received.  We also invited people to bring different foods from their local culture. You could set up tables for each culture and have the poster and the food.

If a multicultural holiday celebration truly goes against someone’s beliefs, then they should be able to politely and respectfully decline to participate without judgement. While inclusion is the goal, respect the choice of those who may decide to opt out.

Incorporating the various holiday traditions of your co-workers can make for a fun and educational holiday celebration. Sing Christmas carols and Hanukkah songs. If some celebrates Kwanzaa, have them share the story of their holiday tradition with everyone. If you do an office Pollyanna, wrap the gifts in paper representative of different holidays.

Something that we always do is keep the food entirely vegetarian. Most people don’t come to the office parties for the food, and those that do probably aren’t too fussy about what they’re eating – as long as it tastes good. But for some, having food there that doesn’t fit with their religious beliefs can cause real offence. I’ve had issues before, especially when providing meat to employees. If you include Halal meat then you might give certain people an option, but you’ll also alienate others who might not agree with halal slaughter. It really isn’t worth opening up that can of worms – keep the food vegetarian and please everyone.

For business owners and for everyone, how we celebrate the holidays is more of an individual decision. Being as inclusive as possible and doing it with sincerity and respect may be the best  way to honor the different cultural holidays. Whether you, your co-workers or customers celebrate the same holidays or not, a heart felt wish for them to have the best holiday possible can go a long way and even result in an equally positive response.

Holiday Marketing Etiquette – Respecting Your Traditions and Others2016-12-142020-12-29https://creativeclickmedia.com/wp-content/uploads/2021/01/blue-01-103.pngCreative Click Mediahttps://creativeclickmedia.com/wp-content/uploads/2016/12/bigstock-156730721.jpg200px200px
About
Beverley Farrell
A late in life career change took Bev, a former retail sales specialist with a love of writing into the exciting and sometimes mysterious world of SEO and content marketing. 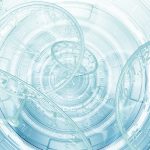 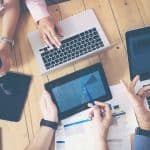