“A book is like a garden carried in the pocket.” – Chinese Proverb

A book begins like a seed, inanimate and unassuming, with the blind eye unaware of the magic within. However, once the book’s pages are watered by a sprinkling of imagination, the words begin to bloom into a brand new world completely unique to the reader. This world often continues to grow and linger in the reader’s mind long after the book has been closed, helping to shape the reader’s interests, goals, and creativity.

August 9 marks National Book Lovers Day, and the Creative Click Media team is back to share ten of our favorite books both old and new. Whether you’re looking for some reading inspiration, or you already have an old favorite book on hand, check out our picks for the books that have shaped us into book lovers ourselves. 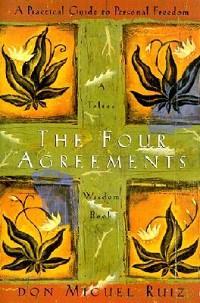 I read this book about ten years ago but recently rediscovered it. ‘The Four Agreements’ offers timeless advice that is beneficial in both my life and my business.

I have learned to focus on the positive and only entertain negativity if I can learn from it. I say what I mean and mean what I say, which has helped me establish honest and productive business and personal relationships.

Since I’ve started my career, reading for “fun” has taken on a new meaning. I now find myself gravitating toward books related to marketing as a way to stay on top of current trends and strategies.  I am currently in the midst of reading ‘Social Media Marketing: A Strategic Approach,’ which is built upon an eight-step planning cycle that helps ensure the development of an effective social media marketing plan.  It’s a rather lengthy (I’m not even halfway through!), but extremely interesting and educational read, which I’m sure I’ll put to good use!

Book: ‘The Martian’ by Andy Weir 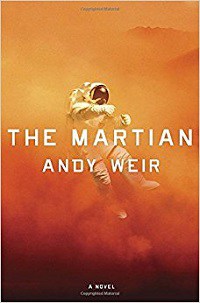 I remember seeing a trailer for this movie and decided I’d read the book before it came out. I was successful in finishing before its release, as it was a feat I rarely accomplished before. ‘The Martian’ captured a survivor’s sense as he lost his mind alone on Mars. It factored in the mysterious elements of a new planet’s environments. It was thrilling to the end, especially considering how many variables were in play to determine if he would be rescued or left to die. Much better than the movie.

Book: The Knowledge of the Holy by A.W. Tozer

The Knowledge of the Holy is the most theologically influential book I have read. At the same time, it is enjoyable and encouraging. In his approach to the Character of God, Tozer is both challenging and enlightening. The clarity that I find in this book is timeless and it always makes for a comforting reference. Although some readers might categorize this work as “self-help,” I do not consider it to be directly or intentionally about self. It is much more a mediation on my Creator, which ultimately moves me and motivates me. I believe that the truth stands the test of time and this book is as relevant now as it was over fifty years ago. 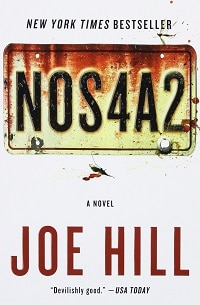 When I first discovered that Joe Hill was Stephen King’s son, I was intrigued. I was hooked from his first book but of Mr. Hill’s work to date, ‘NOS4A2′ is my favorite. Horror is not typically my favorite genre and honestly, some of Mr. King’s works are a bit too scary for me. Still, I admire his talent, and apparently, the apple doesn’t fall far from the tree.

‘NOS4A2’ is scary as anything yet mixed with equal amounts of suspense and fantasy which kept me riveted to my seat. I couldn’t put it down, reading all 700 plus pages in two days. 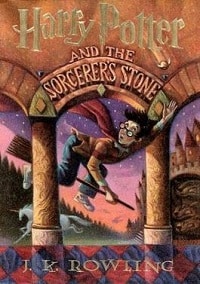 The end of the 90s was the start of a generation of people enamored by a boy wizard and his wondrous school of magic. 10 years later, those same people who grew up with Harry on his search for the Sorcerer’s Stone, saving the Prisoner of Azkaban, and fighting alongside the Order of the Phoenix, were returning to his magical world for the last time. Harry Potter and the Deathly Hallows would go on to break publishing records and in the United States alone, would sell 8.3 million copies in the first 24 hours of hitting shelves. There is just something about this series that struck a chord with people; it came along at a time when children voluntarily turned off the TV and picked up a book.

This series has gone on to inspire a billion-dollar film franchise and theme parks worldwide. Who would have thought that a seven-part series revolving around an orphan wizard on his quest of good triumphing evil would have made such an important and unique impact on the world? Personally, had 11-year-old me never picked up ‘Harry Potter and the Sorcerer’s Stone’ at my 5th grade Scholastic book fair, I would have never discovered my love of reading and wouldn’t have grown up loving books. If that’s not magic, what is?

‘1984’ details a dystopian society where an oppressive government has ultimate control over each citizen’s every action. When I read 1984 in high school, I thought it was a fascinating read that was somewhat relatable to reality. As time goes on, I find myself constantly referring back to this book.

We’ve become so technologically advanced that the surveillance state described in ‘1984’ is looking more and more like reality. Also, the constant stream of propaganda and misinformation depicted in the book is eerily similar to what we see on social media newsfeeds every day. ‘1984’ is a prolific look into a possible future that I would recommend to anyone that considers themselves to be a free thinker. 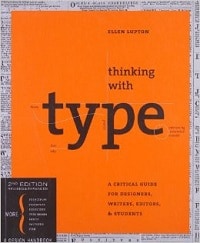 ‘Thinking with Type’ is the definitive guide to using typography in visual communication, from the printed page to the computer screen. It includes the latest information on style sheets for print and the web, the use of ornaments and captions, lining and non-lining numerals, the use of small caps and enlarged capitals, as well as information on captions, font licensing, mixing typefaces, and hand lettering. Throughout the book, visual examples show how to be inventive within systems of typographic form–what the rules are and how to break them. 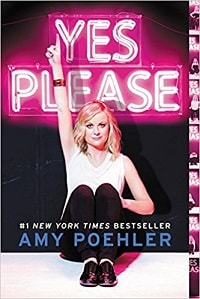 Anyone who knows me knows I love a book with a smart, strong, sassy female protagonist, so an autobiography from Amy Poehler was naturally right up my alley. I’ve read several autobiographies from funny women in Hollywood, but Yes Please stuck out because there weren’t any long-winded chapters about “accidental success” or “just getting lucky.” ‘Yes Please’ strives to dispel the myth that women in Hollywood get their big break by simply being in the right place at the right time, and instead suggest that – surprise! – working hard and knowing your worth will guide you towards a rewarding career. As a young woman at the start of my career, it’s inspiring hearing another woman who has been in my shoes actually take credit for her hard work rather than downplaying it as something as flukey as luck. 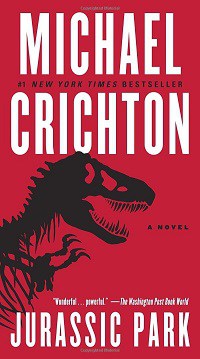 I have loved the Jurassic Park movies ever since I was a child. The action mixed with the fact that there are dinosaurs made it one of my favorite movies. For a summer project for middle school, I was able to choose ‘Jurassic Park’ as my book and I loved it. It contained much more detail and some parts of the story the movie never covered. The island that housed the dinosaurs was a theme park gone wrong, with dinosaurs breaking out and terrorizing the island’s visitors and managers. There are twists, action, and even an unspoken love connection between the two main characters. It still stands as one of my favorite movies, and definitely my favorite book.

How are you celebrating National Book Lovers Day? Which books have stood the test of time for you, and which books are quickly becoming new favorites? Sound off in the comments! 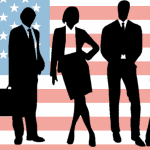 Business Owners Tell All: How Do You Define the American Dream?Business Advice, Holidays