Last week, I traveled from New Jersey to Washington D.C. to take part in the Women’s March on Washington.  Having not heard much about this march outside of social media, I was expecting a couple of thousand attendees marching down a few side streets as to not disrupt Inauguration Weekend.

Boy, was I wrong.

What I walked into was miles of marchers of all genders, races, and age groups.  Miles of signs, many of which were adorned with messages of hope for those who feel marginalized and scared for the future.  Miles of passion, not only for the sanctity of women’s rights but for their country as a whole.  Miles of joy, knowing with certainty that the person walking next to you felt your rights were just as important as their own.

What I walked into was the biggest march in US history.

I was one in a sea of 500,000 in Washington D.C. – just a drop in the ocean compared to the 3.3 million marchers across the nation.  And believe it or not, it all started with one Facebook post. 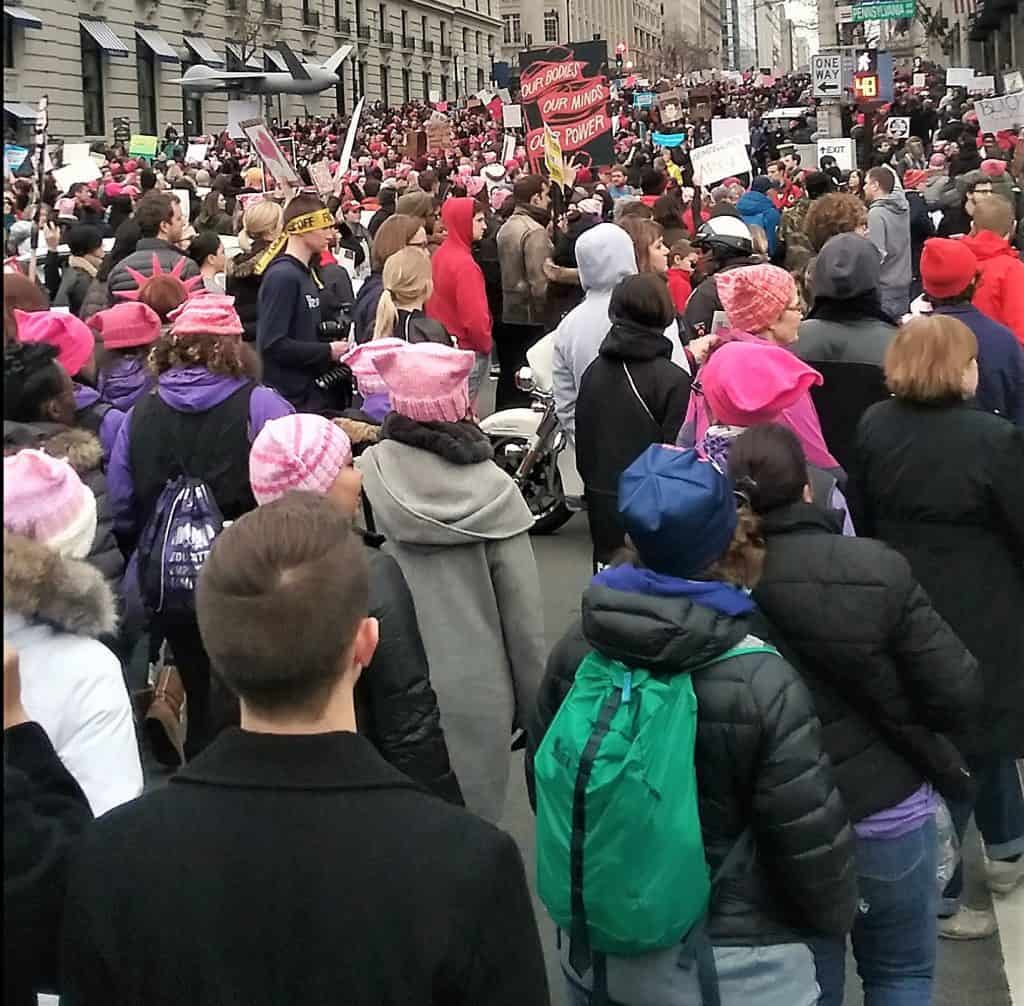 Facebook and the Launch of the Women’s March Movement

The idea behind the Women’s March on Washington is quite literally the start of one of those legendary tales ending with “…and the rest is history.”  On November 8, 2016, the night of the election, Hawaiian grandmother Teresa Shook took to Facebook to express concern over the threats against women’s rights under this new administration.

Her idea?  A march supporting gender equality.
Her problem?  Very limited resources on her small island in Hawaii.
Her solution?  Facebook.

After the election results rolled in, Teresa created a Facebook event promoting the idea of organizing a march for women’s rights.  That night, she invited 40 of her friends to the group.  The next morning, 10,000 strangers had RSVP’ed and 10,000 more had indicated that they were interested in marching.

“That night I just did it because it made me feel better in the moment,” Shook told Los Angeles Times.  “I hoped that people would get on board.”

3.3 million marchers later, and the rest is history.

Was this movement sparked by dissatisfaction with the current state of our government?  Sure.  Did the historic turnout have a great deal to do with the march taking place the day after the inauguration?  Almost certainly.  But something we can all agree on, personal beliefs aside, is that the Women’s March on Washington is a testament to the true power of social media. 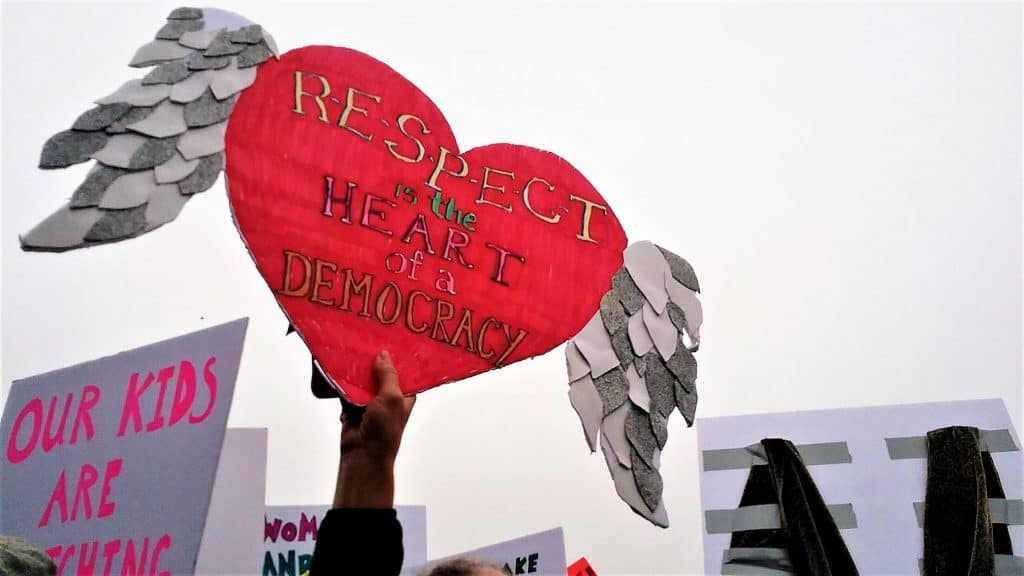 “Respect is the heart of a democracy” – Spotted at the Women’s March in Washington D.C.

Sure, it’s nothing out of the ordinary for social media posts to go viral.  Our very own POTUS is notorious for using social media as a platform to express his feelings.  But the difference between this Facebook post and so many others is that it didn’t just spark attention online, it sparked the largest public movement our country has ever seen.  What set this Facebook post apart?

Striking While the Iron Was Hot

Timing is everything on social media, and you could not have had better timing than after one of the most brutal election years in recent history.  Political affiliation aside, tensions were bound to be high regardless of the voting results.  While supporting women’s rights is a cause that should be supported year-round, getting the ball rolling while many Americans felt their rights were most at risk helped to turn that disheartenment into empowerment and a desire to see change.

If you’ve been on social media at any point during the past year, you’d know politics is a hot topic.  Articles presenting both “alternative facts” and cold-hard truths about the hotly-debated women’s rights issue are commonplace on any social media platform. However, what set Shook’s Facebook event apart from others is that it had a genuine purpose – organizing to march as part of a human rights movement.  She wasn’t just airing her grievances or partaking in an “I’m right/you’re wrong” keyboard war, she was planting the seeds for action and real societal impact that millions felt inspired to get behind.

The beauty of social media is that it provides the opportunity to connect with like-minded individuals anywhere in real-time.  Despite starting on a small island in Hawaii, Shook’s vision of a women’s march spread like wildfire after it was shared in several women’s empowerment groups on Facebook.  Once her idea became an organized effort, event coordinators were able to share news and updates quickly and efficiently via social media shares, racking up a total of 7,378,442 social media mentions the day of the event alone according to SproutSocial.

In addition to the number of groups on Facebook promoting the Women’s March on Washington, participants took to Instagram and Twitter using the hashtag #WhyIMarch to share their reasons for getting involved.  As of January 24, 2017, #WhyIMarch has been hashtagged nearly 200,000 times across social media platforms and the number is still growing.

We asked marchers to share their own #WhyIMarch stories, as well as how social media impacted their decision to get involved with this historic movement: 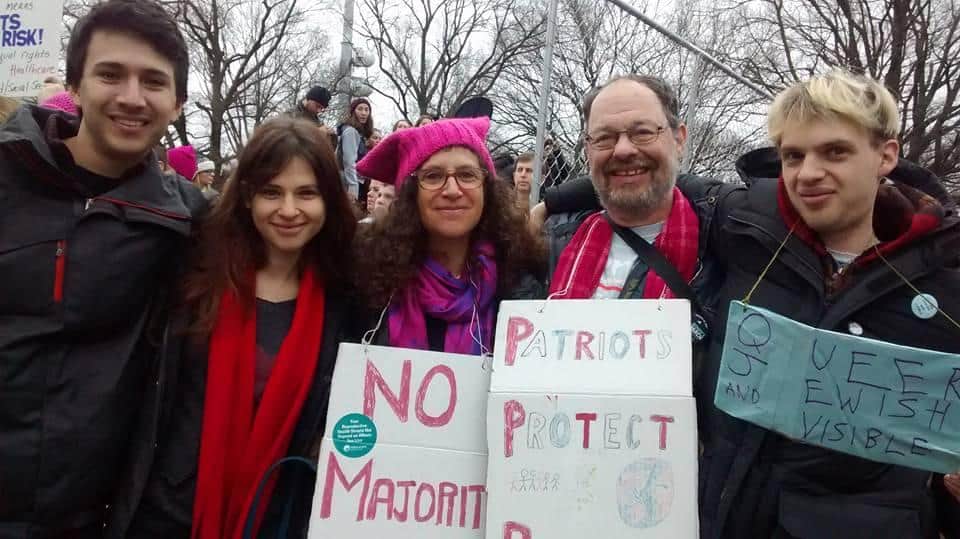 “We purchased tickets to Thailand before the election. Because of the huge amount of chatter on Facebook, we decided we needed to be there. We flew JFK [Airport] Thursday night, rested Friday, and then left my in-laws’ at 3:30 a.m. Saturday morning to get on a chartered bus to Washington. Sunday we drove back home to Massachusetts.

Facebook was definitely a factor in our decision. At the time we purchased tickets, we didn’t know about demonstrations closer to our home (of which there were many)–but we kept hearing about Washington. We bought our bus tickets before we left the country. Facebook has also been great to share pictures and impressions of the march. My feed was full of them.” -Shel Horowitz, Transformpreneur and Washington, D.C. Marcher.

Facebook has also been great to share pictures and impressions of the march. My feed was full of them. – @shelhorowitz

“I didn’t hear about it initially from Facebook but rather by word-of-mouth from several friends. Very quickly after hearing about it, I started seeing all the posts coming in on meeting times, locations for the start of the march, and reasons to march. I believe very strongly in women’s and human equality rights so this was a very important march to me.

The power of social media helped this march gain so much traction because it brought so many like-minded people together to show our commitment to stand up for equal rights for everyone. Like-minded people from around the world were able to connect and share their stories and feelings.” -Elizabeth Brass, Design Manager at Amplify Relations and Reno, NV Marcher. 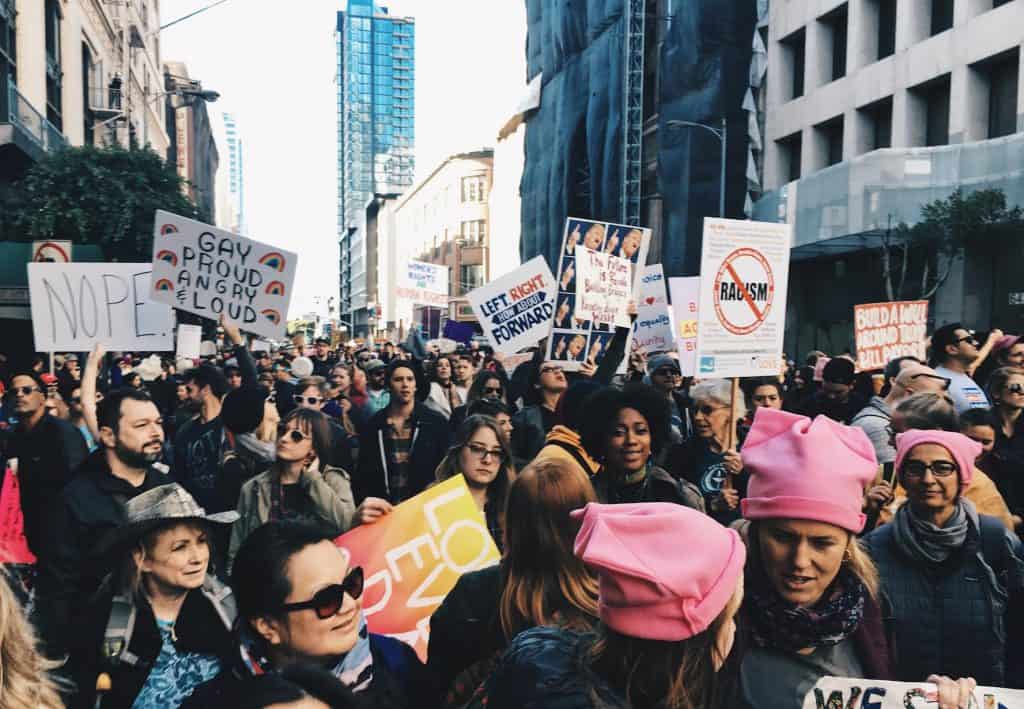 “Social media allowed us to share our thoughts, our disappointments, our desire for action, and our voices with the world. The Women’s March organizers did a fantastic job of sharing via Facebook the event and having celebrity and national influencers share their call to action to join in the march. We experienced one of the largest marches in history, and social media absolutely is the cause for this.

I was influenced by seeing hundreds of thousands of women speaking up through social media about our disappointments in our new president. I absolutely knew that I needed to be involved and that I would also share my voice with others to hopefully include them as well.” -Ambar Januel, Co-Founder & Creative Director at Januel+Johnson and Los Angeles, CA Marcher.

We experienced one of the largest marches in history & social media absolutely is the cause. – @ambarjanuel

As for myself, I marched because the sheer passion and ferocity of the men and women behind this movement inspire me to do more.  I marched for the women who feel as though their rights are already equal so they can continue feeling safe in their skin.  I marched because the power of social media turned this idea into a historic movement, and from the standpoint of a woman in the marketing field, that’s something to be really proud of. 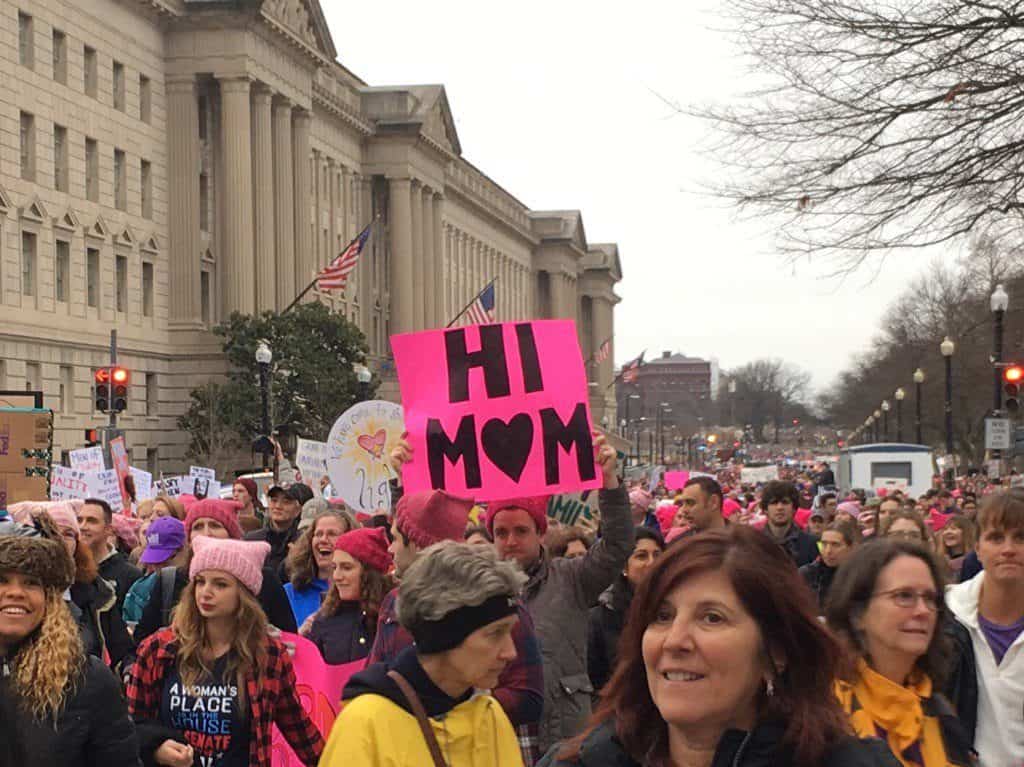 “A woman’s place is in the House, the Senate, and the Oval Office” – featuring me!  Via @PaulTOwen

If you participated in any of the Women’s Marches worldwide, why did you march?  How did social media impact your decision to get involved?  How have you seen the march reflected on your social media platforms following the event?  Feel free to share your thoughts and experiences in the comments! 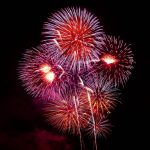 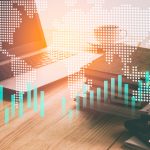