Last weekend was the best. weekend. ever.

Because I saw THE LEGO BATMAN MOVIE!  And spoiler alert —- it was totally awesome.

[fbvideo link=”//www.facebook.com/creativeclickmedianj/videos/748504658632732/” width=”300″ height=”500″ onlyvideo=”1″]
I’ve wanted to see the LEGO Batman Movie ever since the first LEGO Movie came out when I was three!  Now that I’m a much older and grown-up five-year-old I know a lot more about movies, especially from hanging out with all my work friends who make videos.  I even learned that sometimes businesses make movies, and that’s something called video marketing.

Video marketing is when a business owner makes a short movie about their business so people will like them more and want to buy from them.  That’s like when I’m watching Youtube on my iPad and I see a video for a new game that’s coming out soon.  If the video makes the game look super awesome and fun and makes me want to ask my daddy to buy the game for me, then it was good video marketing.  If it doesn’t look awesome or fun then it’s bad video marketing, and I’ll probably ask my daddy to help me download another game instead.

Wanna know how I learned about video marketing?  I got to be the star of a video we made for Tuscan Bistro Bar!

I learned a lot about how businesses do video marketing that day, but the first thing I learned is that it should be fun!  I know that if I’m watching a video and it’s boring, then I’m going to click away and probably never watch a video from that person ever again.  That’s why we made a video about the most fun food of all – PIZZA!  Everybody likes pizza and showing people how awesome it is to make your own is going to make people want to visit the restaurant even more.

AND it’s even better when you’re watching a super cool five-year-old do it.  It’s kind of like an action movie that way, but this one is starring me!

I also learned that video marketing is a good idea because it lets people see what a business does instead of making them have to read about it.  Sometimes people like watching videos more than they like reading.  Or maybe their customers are still in preschool learning how to read.  Watching a video is great for businesses because people can see what they do instead of having to look at a whole bunch of words on their screen all the time.  Besides, who really wants to read about pizza when you can look at it instead?

Know what else is cool?  A business can do animated video marketing too!  That way it’s even more like the LEGO Movies because you can make ANYTHING happen. With an animated video, you can make your work friends all superheroes or Jedis, or even have talking animals or food instead of people!  That way, people will feel like they’re watching a fun cartoon when they’re actually learning all about your business.

If you have a video with real people or with animated people, something a business should do is keep it short – just like a commercial. As the Director of Distraction at Creative Click Media, I have a lot of really important jobs to do at the office, like playing with LEGOs and talking to Siri.  Someone as busy as me can’t have their time wasted with a super long video!

Now that I’m practically an expert at making videos, I think every business should try video marketing! It’s fun, it shows people what your business does, and everyone likes watching them!  Not every business can have a five-year-old there to star in their videos, but if you think really hard about what your customers will want to watch, it’ll make people even MORE excited to see all the cool things your business can do!

Marketing Explained by a 5 Year Old: Video Marketing2017-02-222021-09-10/wp-content/uploads/2021/01/blue-01-103.pngCreative Click Media/wp-content/uploads/2017/02/videomarketing-e1487790184738.jpg200px200px
About
Miles Binder
LEGO enthusiast, preschool pupil, and Sith Lord in training, Miles Binder is the Director of Distraction at Creative Click Media. When he isn't busy entertaining his work friends, you can find Miles playing with his minifigures, plotting world domination, and going on fun adventures with his dad. 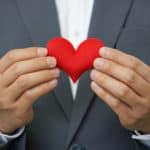 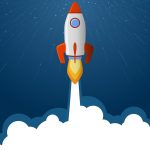