In the world of online business and digital marketing, Google is the master. Google is the first place the majority of people go for answers and everyone wants to be on page one. Getting to the first page of Google is difficult and Google isn’t backing down. Over the years they have actively changed their algorithm so only the best and most authoritative websites/businesses show up on the first page. This year will be no different.

As of January 2014, there are over 180 million active websites. When you search on Google, the first page shows the top ten results and 90% of the time a searcher doesn’t go pass the first page of results. This means two things: Google’s algorithm is working the way they want it to and people trust Google. What does that mean for your business? You need to trust Google and play by their rules.

On April 21, 2015, Google will be making an update that will affect more websites than their Panda and Penguin updates: Google Mice. In 2011, Google released its Panda update in an effort to rank more authoritative sites above low-quality sites. This update affected about 12% of all English searches. Three versions of Penguin updates were releases from 2012 to 2013. Combined the updates affected about 4% of global searches on Google on desktops and mobile devices. The new update coming this month is only to affect searches on mobile devices but will affect more sites than both of these previous updates.

This isn’t Google’s first step in rewarding mobile-friendly sites. Just last year, Google started recognizing mobile-friendly websites by placing a mobile-friendly alert next to URLs. The purpose of this was to let mobile users know which websites would work best on their device. It is estimated that about 50% of all searches on Google are done through mobile devices. If you’re site isn’t mobile-friendly, you need to make changes immediately.

Google has announced Google Mice in advance to give business owners a chance to prepare and make changes to their site as soon as possible. Last month, they held a Google hangout to answer questions about the new update. There are three main things your business needs to know about the new update.

You’re Mobile-Friendly or You’re Not

Roll Out Could Take Up to a Week

As with all things Google, this isn’t a simply update. They have announced that this will be one of their largest and most effective updates. They plan to begin the update on April 21 but the entire update could take up to a week to fully roll out.

Creative Click Media specializes in building beautiful, robust mobile friendly websites. We also can help with SEO and social media marketing. To learn more about Google’s new update or to get started with building a mobile-friendly site, give us a call anytime!

Google Mice: Mobile-Friendly Website Updates2015-04-062016-09-21https://creativeclickmedia.com/wp-content/uploads/2019/02/blue-01-1.pngCreative Click Mediahttps://creativeclickmedia.com/wp-content/uploads/2015/04/google-mobile-smartphones-blue-ss-1920-800x450.jpg200px200px
About
Adam Binder
Keyword-cruncher, customer-collector and web designer extraordinaire. Adam is the Founder of Creative Click Media. If he's not in front of the computer marketing your business, he's playing with his son, Miles. Tweet him at @AdamBinder_
Showing 3 comments 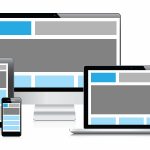 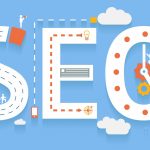 19 SEO Tactics You Must Have Used by 2016Search Engine Optimization